Hello people. Thanks for sticking by. Here is the last post for this series. I’m hopeful for more blog series in the future. This was my remark at it’s start:
” This brief series of posts that will be coming up, is aimed at reflecting on the human thought process given a few years interval. Graduating from secondary school often brings a different perspective and fresh enlightenment to many students.
Same will probably apply in a few years from now. A change in thought process based on growth, it is wonderful to track it.“

Dearest Sparkles,
You would never have believed I, of all people, would forget the name “Sparkles“. But I did love, not until much later when I must have either discovered an old book or an old friend called me by that name. The name used to be my cuteness signature.

I would take a friend’s notebook in their absence, open randomly to the middle, scribble “sparkles” boldly, then write below in a small font “when you see this, remember I love you and smile” or something similar to those words. They always did smile. On a very random day, they’d get to that part of their notebook, see it and later come to hug me saying they saw what I wrote. And then we would both smile big goofy smiles. How easy, right?

A smile. In the years that follow, you would smile some more. Smile not so much because any friend did anything wonderful, but because you’ve learnt to find home in yourself. You do remember that at some point, mum and Dorcas told you you derived too much pleasure from friends. You thought it was true even then. How couldn’t it be, with a heart as warm as yours? You’ve had your share of losses; friends being one, and you’ve learnt to smile and find joy in your being. In God in you, and not necessarily from friends.

Friends. Many of them. Boarding school drew you into personalities, both in junior years and senior years. You fought with friends and stood strong by them, loyal. You read each other’s diary entries. You also had gists that lasted long into the night by joining those in room 5. Room 5 was for SS3 students you in SS2, knowing fully well you had boarding school routine and classes the next day while they were free, still you gisted. You covered each other’s secrets because young as you were, you had secrets, however silly.

Secrets. It was no secret who your special friend was. Occasionally, I now laugh, amused, when I recall how those silly juniors would chorus the refrain to the song call that was “senior Deborah,…” with “senior George is calling you!”. And Tosin, my roommate, wouldn’t stop teasing me.

But you care to know what I would appreciate later on? The launch into a fountain of life which I still drink. I recall my gists with Patience, nights in which she would fill me in on every detail about the two guys who liked her. I contrast them with mornings with Tabernacle, Tabernacle who had a beautifully strange name. It’s etched somewhere in my mind, her saying “the day I was going to resume here, even though I knew the meaning of my name, I had to ask my dad again because I knew you guys would ask me“. Meeting Tabernacle, was my first encounter with a young person who really loved God. Tabernacle would dash my belief that I was faithful in my morning devotions (after all, I observed it about three or four times out of seven days compared to some other people). Hers was a daily fellowship. We were roommates not by accident. I remember the times I cried because I wasn’t very serious with God. I remember the times we spoke and the wisdom she demonstrated (which was obviously beyond her years). I remember when she introduced room devotions on Saturday mornings (other than our cooperate hostel devotion as a Christian school) – an innovation which in retrospect, was a divine inspiration. I’ll like my daughter to blaze trails like Tabernacle. People came from the other apartment to join our room devotion. People came from other rooms just to observe. Tabernacle didn’t always know that. Some days, she only knew of her troubles that were inexplicable and she shared a lot. Blessed heart.
This is why I’d tell my younger version that the world is much larger than it seems and things aren’t always as bad as they appear. Tomorrow would be a lot better than the confusion of your teenage years.

It’s great you share a lot, you’ll find that relevant in the years to come.
Honesty and simplicity leave you precious in this dark and cruel times.
The gists you had about God were an investment into the jewel you now are, and it doesn’t fade. The gists you had about boys haven’t necessarily made the male folk easier to decipher. So why bother?

Debby, as you call yourself now, I love that you were daring and adventurous. It makes me happy to know you lived out your secondary school days. Days of horrific dancing, days of food exchange, borrowed items and young love.
I love you always, continue to learn with arms spread wide and the wind in your face. Your evening stroll routine helps mental health. Like I always advice my younger sister now, don’t miss watching the sunsets. In the few years that would succeed your graduation from secondary school, you wouldn’t have so much opportunity to watch the Sun set, so don’t miss it today.

Importantly, Sparkle!, because there aren’t two of you in this world. There never would be.
Love,
Big Debby.

N.B: The names used in this post are fictional substitutes. 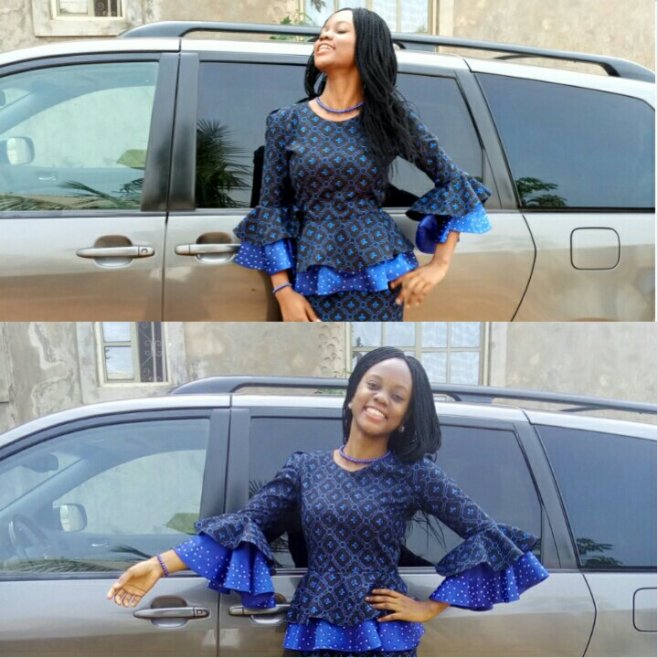 Hope January 2018 has been good.
As Always, I’ll love to hear your thoughts. Comment and share.
Love and Peace,
Debby.