Care to share your thoughts? Diverging view?
Don’t forget to subscribe by e-mail to the blog to receive notice of updates. Also, share it with others using the share buttons below!
HAPPY NEW YEAR IN ADVANCE.

Hiiiii people.
This post should’ve come up long ago as the registration date for this year’s TLC edition is closed and participation, now impossible. This will however help for subsequent years. 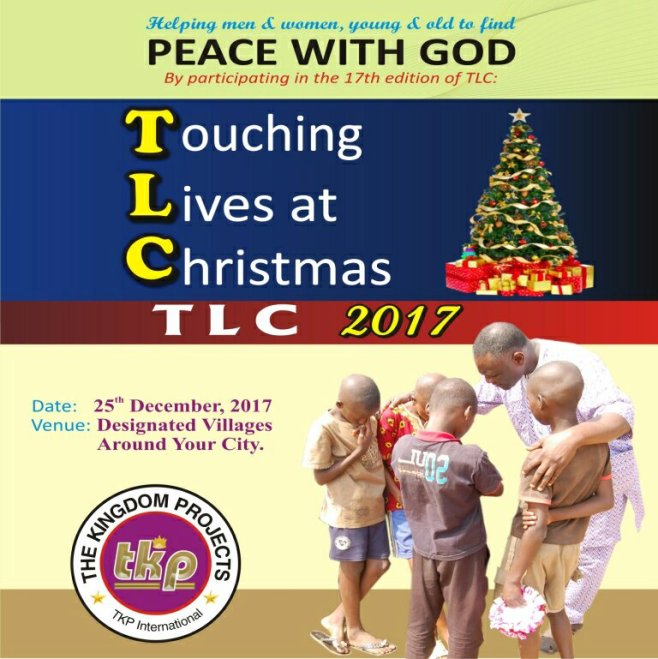 There is a different way to spend your Christmas as a Christian. I assume you’ve been going to church for a long while now, which is really good. Now, how about bringing someone else to church? Not your literal church per se, but to the body of Christ. What better time to do this than on the very anniversary we celebrate? It simplifies a lot of things for you, really. You’ve been having questions about missionaries and their work, you’ve been admiring their dedication and selflessness and probably believed you will never get to do more than pray and give. Here is your chance to evangelize, even for a day.
It’s touching lives at Christmas. It’s been holding for sixteen (16) years under a reputable missionary organization with the headquarters in Ilorin, Kwara state: The Kindgom Project TKP.
This is the concept:

2016 edition held in 13 countries, 108 centers and there was a total of 6,135 participants.
You can plan towards that of next year and pray for that of this year. It’s a fulfilling way to spend December 25th yearly.
There is also an avenue to give your support financially or release your vehicle to go the field.
Best to check on the website. Www.tkpmission.org.
I pray you have a fulfilling Christmas period this year. One beyond getting a new hairstyle done or new clothes and a good feast at the table. I pray you get to reflect on the meaning of Christmas, experience the joy of it and share it with others.
Merry Christmas and a happy New year in advance.
As always, Debby.
I always love to hear your thoughts. Do comment. And please do not forget to share it with someone.

Making more time to study God’s word. You won’t believe how there is so much to discover in the bible. You can never exhaust it.
Eating nothing special of late. I’ve been eating the basics and eating it well but then, nothing special. That’s probably because I’ve been putting some financial plans in place and I’ve also been busy. I should try splurging on food soon though. Celebratory food.
Reading Trevor Noah’s ‘born a crime’, Kenneth Hagin’s ‘Classic Sermons‘, Larry King’s ‘how to speak to anyone, anytime, anywhere’. 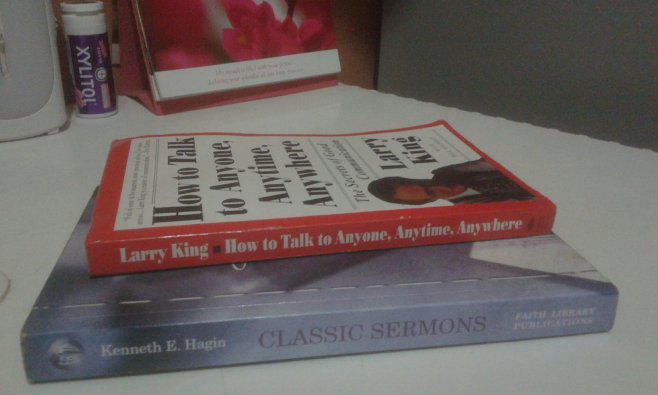 Wanting more time to read. And more money to buy books. The sort of books I’m newly interested in, are pretty expensive. First up, time to read.
Wasting no time. I’m learning to utilize my time. Shiloh2017 messages are keeping me on my toes so I have no choice. Bishop Oyedepo is such an inspiration. I’m learning to utilize my time doing useful things.
Creating memories. This was hard to decide tbh. Why though? I’m meant to be a creative.Lol. I’ve been drawing and doing artistic things since I was a child. What’s happened to me? Even to write, no desire. Guys, the effort is real.
Wanting a stable academic calendar. I’m tired. Tired. Tired of incessant disruptions in the academic calendar. Were there to be a stable calendar, I should be in 500level now. I’m still in 2nd semester 400level and I have so much ahead of me in terms of my academic pursuit. It is well.
Enjoying time spent with friends. I have this friend I’m especially celebrating. Her name is Samuel Seun. We all have that one friend who is only on whatsapp, no other social media. She belongs in that group. I thus have no links to provide. Pictures though. 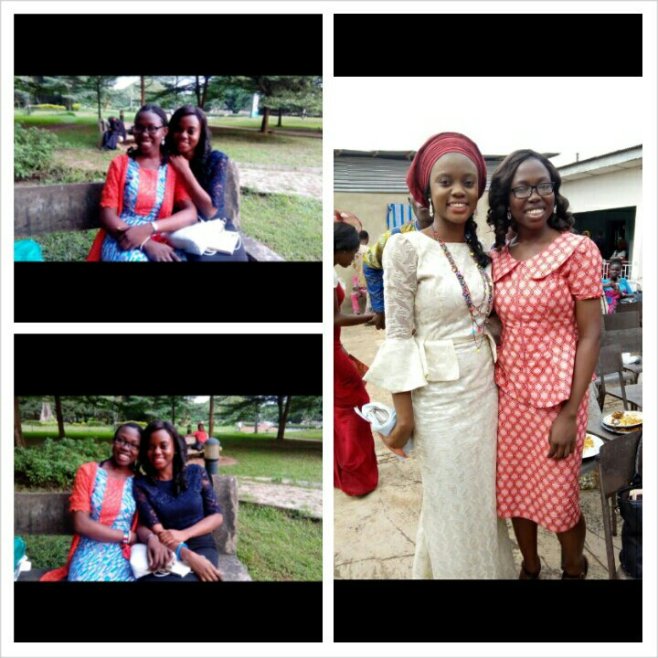 Marvelling at human nature. I’ll love to someday write a book on human beings; their simplicity and complexties. Of course, there’d be a good topic . I simply want you to have an idea of what intrigues me sometimes. Our make up as humans.
Wearing a smile.
Following Shiloh 2017 live streams. You can check out the videos on YouTube. Simply type “Shiloh 2017” in the search box. You’re welcome.
Noticing people’s swiftness to complimenting me of late. Lol. What’s happening exactly? I’ve always been this tall, this beautiful. Then, I’ll get to a room and someone will say “oh, you’re so tall. Are you taller than XXX?“. I’d go to church and someone would say “wow you look taller. What’s your height? 6″ what?”. We’ll be told in a church meeting to turn to our neighbour and say “so so so” then in between “so so so“, I’d hear “you’re so beautiful“. Lol.
Loving my family. I don’t even know how to put this into the right words . All I can say is I’m loving my family.
Hoping this new phase of my life is incredible. This Sunday, I’m handing over to my successor in my campus fellowship. We all know being commissioned to serve as a leader is a new phase in a person’s life. Handing over is also a new phase and I hope to explore every part of it dutifully. I’ll be fulfilling my non-executive mandate.
That’s it. How are you doing? Care to share?

Long time no book review, eh?
I have this condition where my eyes feel so heavy, even when I’ve done nothing but sleep conveniently. I’ve Google searched (why not? this is 2017) and I’ve started praying.
Right now I could just close my eyes and refuse to write this post but then I’d be hard pressed to repeat a post on blogging and consistency.
26a. Can I start by saying I had reservations about reviewing this book. I know that a book review doesn’t mean total endorsement. I also know that appreciation of a book doesn’t mean acceptance of the author’s worldview and all of the book’s message.
However, not all readers know that. Hence my express disclaimer: I do not agree with some of the messages of this book but it piques my interest well enough and I’m willing to review it as a piece of art.
Title: 26a.
Author:Diana Evans.
Publisher/publication date: Vintage books/ 2006
ISBN:978-0-099-47904-8
I love the title. Simple. Enthralling. I first knew of this book when there was a book fair in my school in 2015. I’d gone to Trenchard hall where the book fair held, with my friend. At a certain stall, I picked this book up, glanced at it and snapped it. I didn’t have enough money to purchase it. I simply judged the book by its cover and was impressed (books still get judged by their cover. Forget that English idiom).
Twice, I started reading this book and twice, I dropped it. It was incomprehensible. A world of twin jargon involving Gladstone, hamster, beanbag.
In other words, the book demands your attention. You don’t go in casually. You ask, seek, knock.
The Hunters live in no 26a, Waifer avenue, Neasden. The mother is a Nigerian who constantly battles homesickness and puts cayenne pepper on her Yorkshire pudding. When depressed, she goes into the bathroom for hours, having mental conversation with her mother in an Edo village in Nigeria.
The father, Aubrey, works hard to satisfy the family and on certain nights, he changes character.
The children are older sister Bel, the twins; Georgia and Bessi, and baby sister Kemy who desperately longs to belong to the twins’ inner circle.
It’s a coming of age tale of the twins.
The book deals with togetherness and separation. Togetherness of a family unit and separation of it. Togetherness of twins and separation.


“and this: Oneness in twoness in oneness- for ever. But how?”

This book touches on identity, culture and roots. Aubrey’s stay in Nigeria is horrible for him and Ida’s stay in England, horrible for her. It questions how far a person’s tradition goes with them.

“Ida had retreated back into her dressing gown as the Sekon Sun had faded. For her, home was not homeless; it was one place, one tree, one heat. She made herself a bubble and It was called Nigeria-without-Aubrey. Her children were allowed inside, Bel on her right, Kemy always on her lap where the lastborn never left, and the twins a little way off, in a bubble of their own. At dinner, Ida sometimes said “pass the salt” in Edo and Aubrey would stab something on his plate; or in the early mornings, she said, ‘at home now, they’re singing.’ She held Edo lessons in Bel’s room on Saturdays, because language was loyalty and Ida was not pleased when Aubrey told her to stop. ‘We’re in England now,’ he said ‘the girls don’t need Nigerian here. They’ll forget It soon enough’…”

It also touches on sexual assault and its reverberating effect; On peer pressure and the loss of innocence; On depression and its every fibre, even the thought of purchasing milk. 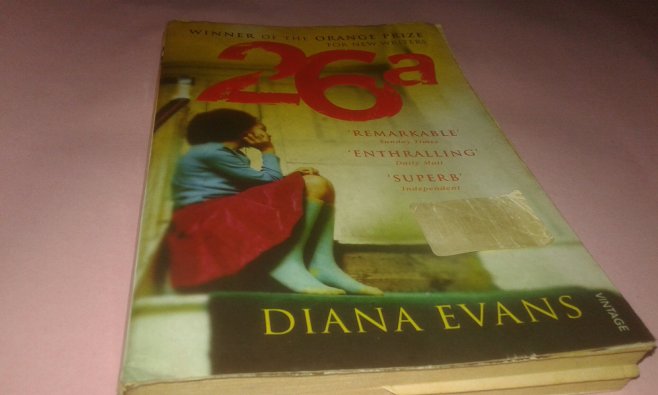 One thing that makes this book quite difficult at its end, is that it deals with loss. And no study on loss is ever easy. Loss, is never easy.
It’s reflective of the separation that comes to ties that were meant to bind forever.
Inspite of its solemn theme, lots of pages in the book are exhilarating. I was taken on a ride to Neasden. I understand “it’s good, eve”, “the Apple tree”, “Bessi’s best bed”, “mr hyde”.
I certainly won’t be able to share the good excerpts without revealing too much. We’ll make do with this:

“It was foreign to them, living like this, coming across each other in the playground the way others did, as if they were the same as them, the twinless ones. It felt to them like being halved and doubled at the same time.”
“Neasden was easier. A little hilly place next to a river and a motorway with nodding trees and one stubby rows of shops. One bank, one library, one optician, one chemist, one chip-chop, one Chinese takeaway, pub, hairdresser, off-licence, cash ‘n’ carry, green grocer and two newsagents, a full stop at each end of Neasden lane”
“It could be the sound of the youngest screaming . Or it could be the sight of the oldest hurt, that makes a woman lose completely the order of things, the sense of past and future and what if, what would happen if.”

It’s a good piece of literature. Diana Evans has a sharp eye that I commend. All the details about Nigeria are credible.

“Very enjoyable, Evans writes with tremendous verve and dash. Her ear for dialogue is superb, and she has wit and sharp perception…a constantly readable book filled with likeable characters; a study of loss that has great heart and humour”
-Independent

I’ll love to have some discussion with someone who has read this book. I judge this to be art because it provokes something that was previously resting. 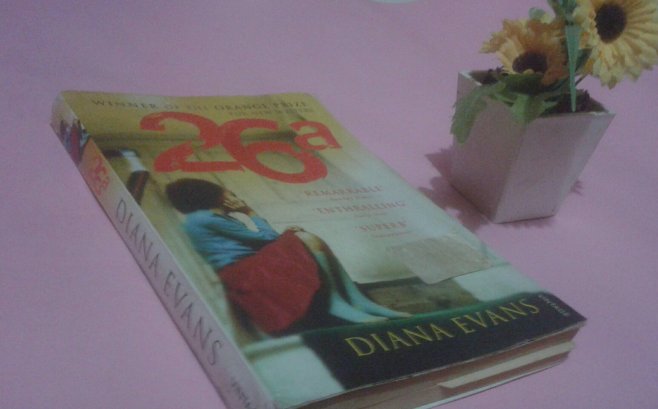 What are your thoughts? Are you interested in reading this? Have you read this? What can you judge from this review?