Everybody says “write Debby, write”
If they could, they would write but I find myself in a cage. I know ideas still flood my head, I know I can express them. I know I should make more practice with writing, seek more knowledge on the art of it. But I don’t. I don’t do all that.
Today, someone told me
“don’t be so defensive”. I should discuss with more people. That was in the midst of a conversation which has prompted this post.
I’m having my chamber attachment with a law firm while on holiday. I couldn’t go to the court of Appeal with the group that went today. The cause list in the chamber listed my name under a case in the High court. I was back to the chamber in no time , because in legal parlance, “court did not sit”. It means for some reasons, the judge didn’t come so the case was adjourned.
I sat on an old couch in my old friend’s  office. Old friend, meaning my bunk mate who was in ss3 when I was in jss2. I listened to music, watched some videos and eventually, they came back from court. With the turn of events, I began talking to another church member who came visiting. Same secondary school too, in this case he was in ss3 when I was in Jss1.
I felt at home as the conversation wielded itself. A part of me was surfacing. That part that can jump from topic to topic in discussions without restraint. From law as a profession, to old friends in secondary school, to the marriage of said people, to professional ethics such as networking in Nigeria, to mentors and ambition, to friendship, to the definition of beauty, to how God speaks to man, to books.
The conversation was seamless. Just flowing. I spoke my mind, baring my honest views. I had to answer questions so I searched the archives of my mind.
I revived a part of me. While discussing, I told them my elder sister is my best friend. True that. I’m sooo close to my parents too, we discuss a lot. Casual conversation, serious conversation. Everything. But sometimes… (please picture this last sentence I wrote in a very very small voice that fades away).
Sometimes, other parts of me want to connect literally. Which is why I watch videos on YouTube of conversations between writers. They speak the truth and some of it resonates hard with me. Strikes some chords. I don’t have very many friends who connect with my intellectual writing side.
YouTube videos of conversations between people doesn’t flush out the need for you to speak yourself. So I did so today. And on matters which I rarely discuss with other friends.
At the time of posting this, I’m less excited. But I want to post it because steps to losing yourself has on its to-do list, “keep silent in times like this”.
P. S:  This is about four days after writing the above post but again steps to losing yourself… Right? And innit, it’s news to you even if it isn’t to me;)

Speaking out, having friends, and writing,
Debby.

So, it turns out some of the time, I write a few lines of fiction and I just can’t do a follow up, because a follow up appears to ruin it. I’ve decided to do what I please this 2017. It pleases me to tease you the way stories in my mind tease me every once in a while. Flash flash flash fiction! 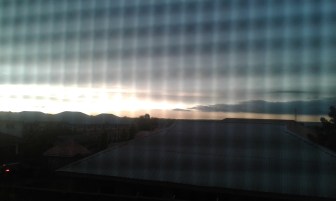 Lara ran the emry board over her nails again and allowed her fear to further grip her. She opened herself to every thought that wanted to possess her soul. Better to know the possibilities facing you than be caught unaware.
As the sun set filtered through the curtain into her apartment and her neighbour’s child’s shrill voice cut the air again with a followed “keep quiet now or I’ll beat you again”, Lara allowed the moment to catch up with her.

“Some things are hard to write about. After something happens to you, you go to write it down, and either you over dramatize it, or underplay it, exaggerate the wrong parts or ignore the important ones. At any rate, you never write it quite the way you want to.” Sylvia Plath

Helloooo there beautiful people. Hope you’ve been well. I should get to a non-fiction post soon enough. Let you know what has been up with me.
In other pressing matters, I saw the above quote yesterday. Sylvia Plath couldn’t have said it better. It’s so true about written words both fiction and non-fiction. In any case I decided to share this flash fiction I wrote a few weeks back. That quote prompted me to.
See this story you’re about to read, has some elements of reality in it. Fiction, I have always accepted is therapeutic. It takes a little of us.
What had she gained? Instead her seams were ruffled inside her. She didn’t understand. She couldn’t possibly get it. And the question Uju had asked ” a boy or a girl?”
Aanu knew in that moment that she shouldn’t have told her. There ought to have been a tearing inside of Uju if she got it, the type of tearing that happened inside Aanu the night she found out.
Aanu wished she had kept quiet and nursed the grief in her. It was always best after all not to expose yourself to outsiders. What had compelled her mouth to tell Uju she still didn’t know. What she had hoped to achieve evaded her. She felt like paper; flat and raw.
After Uju heard Toni had a baby, and put the picture on Instagram, Uju’s question was “why did she put it on IG?”
For Aanu that wasn’t meant to be the question. She felt exposed and mocked.  Toni was a part of her.  Opening up to someone who didn’t get it hurt.
She rubbed her palms together in hopes to get rid of the dark gap inside her.
They had dreamt together, herself and Toni. They had hushed conversations till early mornings. They washed socks for each other when that was all they had to wash and the other had much laundry to do. She had exchanged the Friday fish she didn’t like for Toni’ Sunday plantain which Toni considered too soft.
They had snuck to read each other’s diary. And knowing they couldn’t always keep their diary far away from human reach,  they sometimes interwove untrue stories along with the truth. They created a life they wanted by sprinkling their current lives with condiments. Lives more luscious with the boys who stayed around them. So when they snuck and read each others diary they read rich and enviable entries.
Life had happened to them all after graduation. Dispersed them, changed them .
The first time Aanu saw Toni after graduation, Toni had come to unilag to see her aunt who worked there. When they met and their bodies pressed together, Toni had not opened her heart, only her arms. Anu felt a sort of bereavement, and inadequacy. She had opened her heart and her arms without receiving same.
Consequently, they distanced themselves. Whenever she went down her Facebook feed, she would see Toni’s recent photo upload, stare at it then continue scrolling like she had never seen it. Now she wished she had liked it. Wished she had commented. When she had kept in touch. Wished. Wished. Wished.